Treaters are often used before lamination to improve adhesion and before coating to improve wettability and adhesion.  (See the PDF of the Article below to see Figure 1.)

The functions of the four key components of a corona treater (See the PDF of the Article below to see Table 1 for more details.) 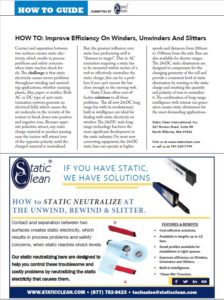